The article below first appeared in the Civil Service Journal in April 1971 as a reprint from the Journal of the Victorian Public Service Association.

Western Australia is not alone in the Public Service economy drive.

This leading article appeared recently in the Journal of the Victorian Public Service Association. It is being reprinted here with the permission of its author, General Secretary, Mr J. R. Andrews.

The economic capers of Governments, and the hand wringing of sections of big business in Australia at this moment are cases in point.

Though the mysteries of current inflationary pressures are hardly subject to simple explanation, or solution, even those sections of the Press which pleaded for “trimming the fat” (by panic cutbacks in Public Services, for example) are now begging for a return to common-sense.

While one could imagine that somewhere in the State or Commonwealth Public Services, an occasional officer or employee has been permitted to earn too much overtime, staff cuts and reductions are, in the fiscal sense, as salutary as throwing a chicken bone to a cage of lions.

Public Services, States and Commonwealth, have always been prepared to share the burdens of real community distress.

But who believes there is any economic reality in the “panic” measures so obviously excused by reference to wage increases and accompanied by preposterous onslaughts on the Arbitration Commission?

We grow cynical indeed when the Services are asked to shoulder the retribution which has followed the boom or bust antics on the nation’s stock exchanges, the price of manipulations of the big merchants, and the greedy pursuit of super-affluence by so many top industrialists and City-based farmers.

Above all, who can treat as sincere, attacks on Public Services wages and overtime, and the possibly disastrous curtailment of vital public works and services, when the Federal Government seeks to curb economic activity by crippling policies of ultra-high interest, tight money and screw down taxation?

Just as long big business is in there escalating its prices to maintain bonanza returns, and the Federal Government doles beggarly hand-outs to the States, who will believe that miserly cuts in Public Service present a talisman to cure Australia’s economic problems?

It doesn’t make sense. Nobody will believe it. 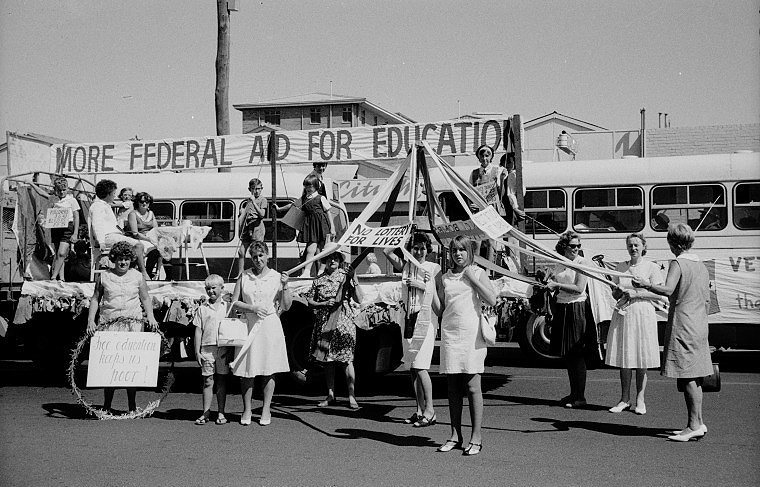