WA's biggest Unions have joined forces to launch The Public Sector Alliance; to break wages policy and bring back fair and true bargaining power to the public sector.

The Alliance brings together your Union, the CPSU/CSA, alongside members from SSTUWA, Health Services Union, WA Prison Officers Union, and United Workers Union to name a few. 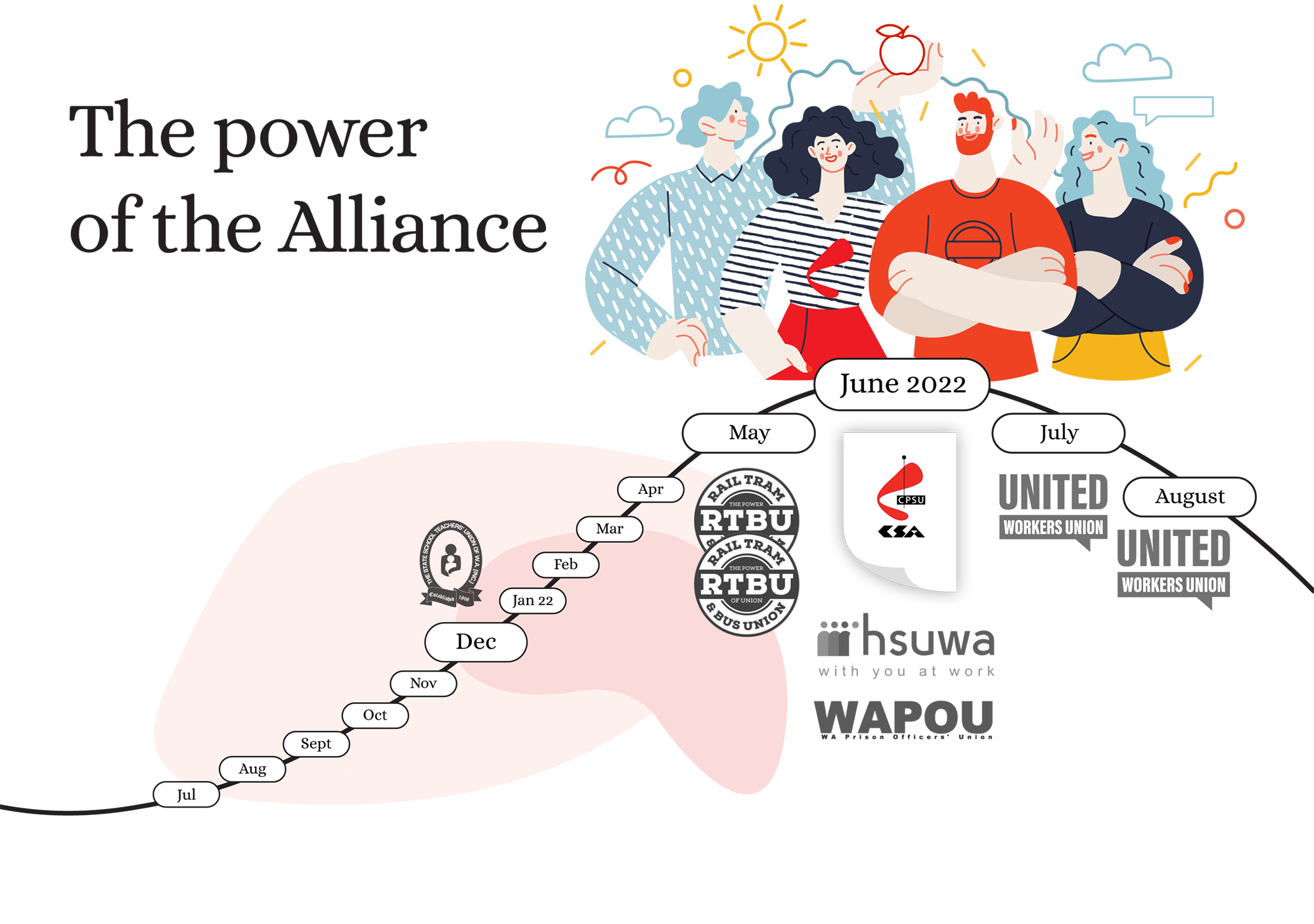 This is the biggest joining of Unions for collective action in WA and sends a powerful message to the McGowan government that Wages Policy will not stand.

In February this year, CPSU/CSA members voted to extend the current union agreement by 12-months, aligning the bargaining cycles of six other public sector unions.

Together, we will fight five years of Australia’s most restrictive state public sector wages policy in 2022.

"I think it's fair to say that we've experienced a very prolonged period of wages restrictions in Western Australia and that's starting to really add up."

"We know that wage growth in the WA public sector is the lowest in the country and we’re really, really starting to fall behind.

We seriously need to be looking at pay increases for public sector workers, so that we are able to attract and retain skilled, dedicated, quality staff to deliver the services we all rely on.

"Our Union represents everybody from child protection workers, to the people who take you for your driver's licence test, to people working in Banksia Hill Detention Centre. They do incredibly important work, they support our community in many and varied ways but they're doing it with fewer and fewer resources, and with pay increases that don't support them to continue doing the work that they do.

"The government had a policy of trying to get its budget back into good shape — we know that the government is headed for a very significant surplus and it's time to end this policy.

"If we continue with the current policy, that will have been 8 years all-up of restriction to public sector workers for their wages and that's an incredibly long period of time to experience restricted wages.

"What we really need is an investment in public services and the people who deliver them."

Visit our YUA campaign page to stay up to date with the progress of Your Union Agreement.