After 13 rolling contracts, I got permanency from my union

After 13 rolling contracts, I got permanency from my union

Getting permanency can be a life changing moment, just ask Lewis Stevens.

Back in 2001, Lewis started as a casual worker in the Central TAFE library on weekends.

When a colleague decided to relocate to Kununurra, Lewis jumped at the chance to take on a full-time position.

“Unfortunately, I came along just as a staffing freeze had been implemented, meaning I was put on a contract to cover the substantive position.”

Then in 2002, a policy from the then Gallop state government confirmed that all staff working on contracts continuously for twelve months, would be made permanent. 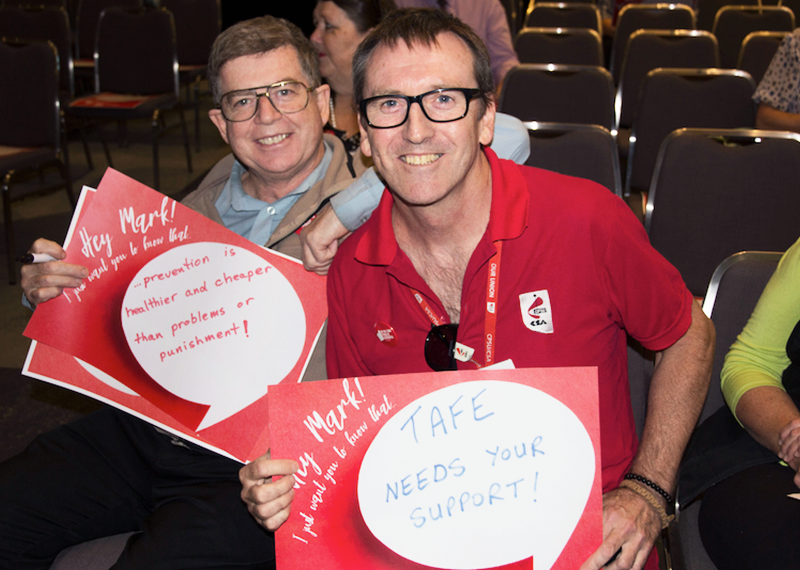 “The Premier’s Circular went out in October 2002, saying all employees who have been in the same position for more than twelve months, are to be automatically converted to permanent employment in their position.”

“So, our HR at Central TAFE put out a request for anyone wishing to apply for permanency to put forward their application.

“So I did, along with many others.”

“We got the response in December, by email at 4pm on the last day of the TAFE  academic year, simply stating that we had all been knocked back.”

Lewis and other staff at Central TAFE had been told their applications had been unsuccessful, without any indication of why they hadn’t satisfied the criteria needed.

But Lewis had one big supporter, his union delegate.

Lewis, with the support of his Delegate and the CPSU/CSA, was encouraged to escalate the application to the Senior HR team at the Department of Education & Training.

“We got a meeting and they admitted I met all the selection criteria, but they said if they approved my application, they would have to approve the applications of workers who they didn’t want to permanently employ.

“Well my question was, why did you hire them in the first place then?

“They thought if I had my Permanency approved, it would open a floodgate.”

But this is where union power really comes to hand.

“The Industrial Relation Officer at CPSU/CSA took over the case and confirmed what myself and my Delegate already knew. I matched all the criteria and I should be made permanent, so we took it to the Commission.”

In 2003, the Commission found in favour of Lewis and he was granted permanency.

“Every step of the way they try to stop you, but I knew we were right.”

“It’s completely life-changing. I felt like my life was secured, I could stop continuously looking for a position and within a year I had a mortgage.”

“I continued to fight for permanency because of my union Delegate and I’m very thankful for that.”